Is there GOLD in my mobile phone? Did you know that each cell phone has an average of 36 mg of GOLD and that to extract it we have to remove 3 kg of soil?

Indeed, when you make a call to your friend, look up the weekend weather or upload an Instagram story, you are using 70 of the 83 non-radioactive elements on the periodic table, which makes your device more durable, powerful and speed. We are used to some of these metals, such as copper, aluminum or iron, but others are much more scarce and rare such as tantalum, tungsten or GOLD.

In all of human history, 200,000 tonnes of gold have been mined and only 50,000 tonnes of reserves remain.If we continue at this rate, gold will run out in 20 years. 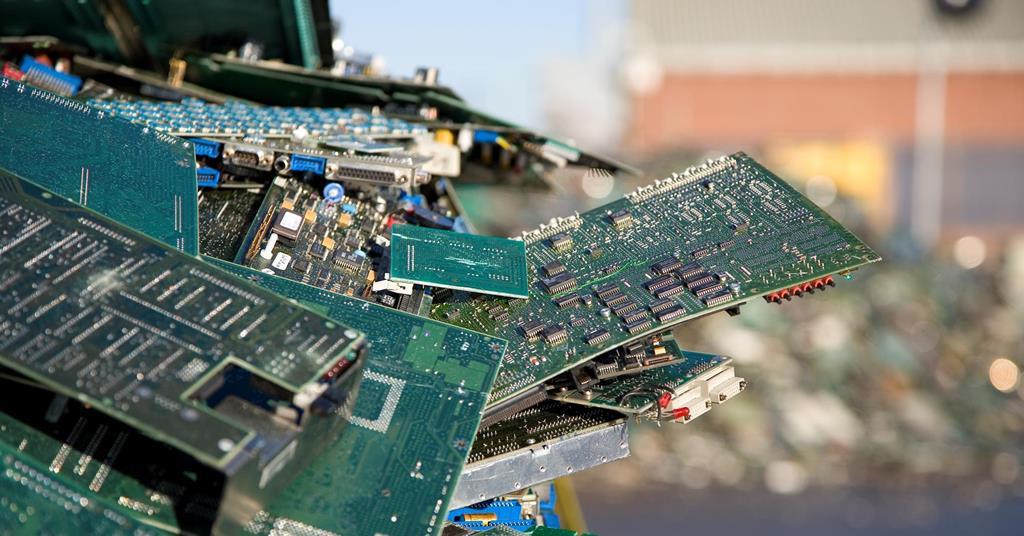 As we said, each mobile has an average of 36 mg of gold and to extract this small portion, through traditional mining, 3 kg of earth have to be removed. Taking this data into account, to manufacture 36,000 mobiles, it is necessary to remove 300 tons of earth. So is it possible that mobile manufacturing will wipe out the world’s gold? The answer is yes. Annually, 1,500 millions of mobile phone units are sold, which is equivalent to removing 15,600,000 tons of soil, with this you can fill up to 12,500 Olympic swimming pools. It’s quite a lot, isn’t it?

If an average of 15 billion mobile phones a year are sold and not recovered, we lose 540 tonnes. Are we going to allow this?

But it is not only about destroying the natural soil. Gold, being a non-renewable element, is also running out. In the entire history of mankind, 200,000 tons of gold have been extracted and only 50,000 tons of gold remain in reserves. This is where we really have to think and become aware that it is very important for our environment to be able to recover this valuable metal. And one of the best ways is to recover it from old or broken unusable mobiles phones that we have stored. Just in Spain there are more than 45 million obsolete mobile phones forgotten in a drawer. How many mobile phones will there be around the world?

We do not want to be alarmist, but it should be noted that we are not on the right track. In 2020, 53.6 million tons of electronic waste were generated, and only 78% of them were recycled, which will undoubtedly produce that, in the not too distant future, we will start talking about the scarcity of materials such as metals, which we know are not renewable. It is therefore urgent that more and more countries become aware of the need to safely recycle electronic waste, thus reducing their demand for materials in a safe and sustainable manner.

Tokyo Olympic medals were made of memories

For the champions of the Tokyo 2020 Olympic and ParalympicGames, the memories stored in the awarded medals were not only their own, but the metal they wore around their necks came from old cell phones used by thousands of Japanese. This country had the great idea of ​​encouraging citizens to donate their old mobiles and be able to safely recover the components, so the 5,000 gold, silver and bronze medals are made from metals recovered from electronic waste. 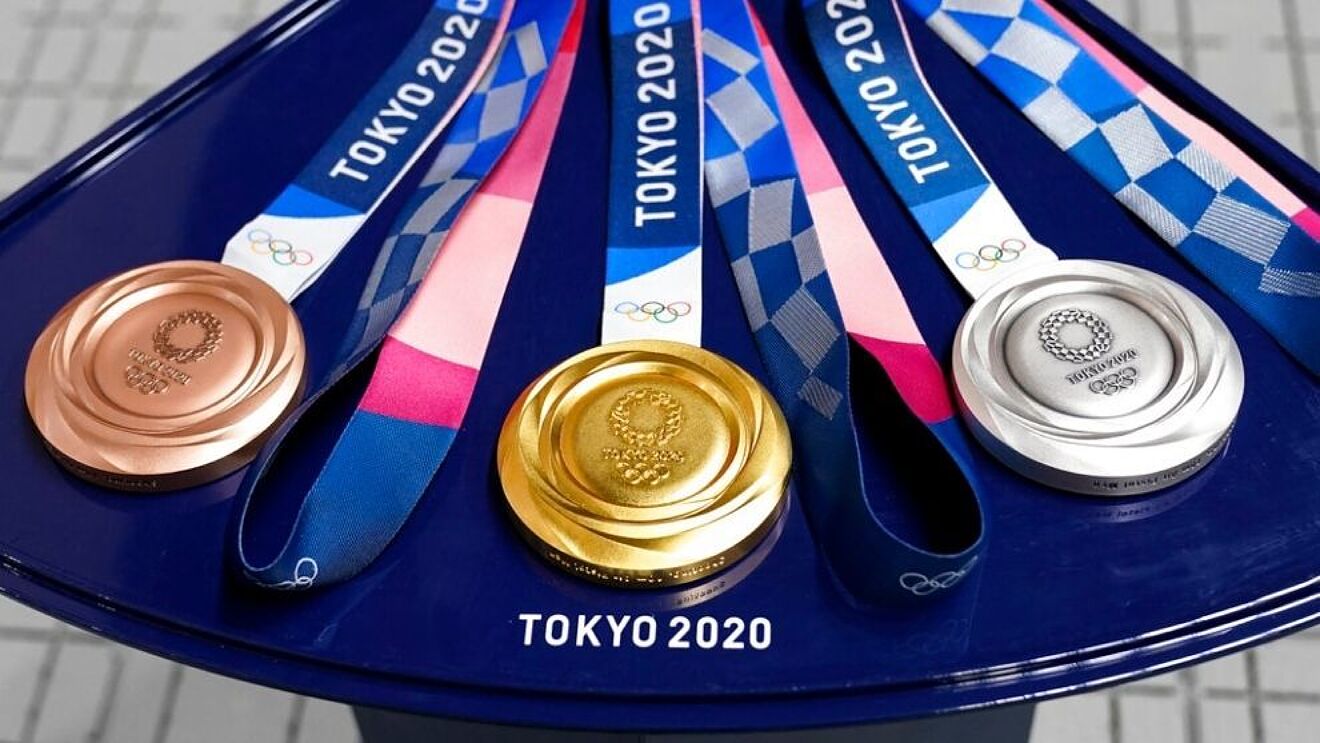 Gold in our mobile phones

To get an idea, an Olympic gold medal that weighs about half a kg must contain at least 6 g of the precious metal, for which 6,000 mobile phones were used devices full of memories that belonged to someone. Now they are in the Olympic medal of a champion around the world and it is enthusiastically shown to family and friends. Isn’t that rewarding? Thisproject has shown that hope in the fight against e-waste is not lost and we may save our society from drowning in discarded devices.

The extraction of gold or other metals from electronic waste is nowadays cheaper than from traditional mining… but very polluting.

In a study by Environmental Science & Technology (2018), the cost of recovering gold and copper from electronic waste was calculated and surprisingly it was concluded that it was cheaper than extracting them through traditional mining. According to the research, the costs associated with this type of recycling (waste collection, labor, energy, materials, transportation and technology) have plummeted over the last decade. While traditional mining faces increasing difficulties, doubling your costs. So extracting 1kg of copper through recycling cost $6.7 in 2010, now it costs $1.68. However, the cost of extracting them in the wild has risen from $0.8 to $1.6 per kg. And oddly enough, there is more gold accumulated in a ton of electronic waste than in a ton of ore that is extracted. Today, some metals are recovered from e-waste backplanes by separating useful micro-parts using an automated system for their MELTING. However, while the cost is lower than traditional mining, this system is extremely polluting for three reasons:

Can the Electronic Waste be recycled in a CLEAN and SUSTAINABLE way? Microbes can help!

It has been discovered that there are fungi and microbes that can help us in the extraction of metals from garbage or minerals. This is known as “Biomining” and is a promise that will help recover metals that we think are lost in electronic waste. Currently, these friendly bacterias are collaborating in the extraction of 10% to 15% of copper and 5% of gold worldwide. And it is worth adding that the environmental impact of “Biomining” is much less than that of traditional techniques.

Metal bioleaching with bacteria is the cheapest and most sustainable system available.

The species of microbes that are most effective at extracting metals from electronic waste have now been identified, which will help reduce the current difficulties in dealing with the recycling of such waste and recovery of minerals such as gold, and will help reduce the need to exploit non-renewable resources for the manufacture of cell phones. There are many reasons why we need to be aware of where our electronic waste ends up since, as we have seen, the opportunity for it to be used a second time.

The Universitat Politècnica de Catalunya (UPC) has launched the “Biometallum” research project, which consists of recycling electronic devices and recovering metals through the use of bacteria. Thus, researchers have been able to recover several essential metals in the manufacture of batteries, such as copper, lithium, among others. The UPC together with Revivack have the project “Rescue your phone and donate it to Science“, whose objective is to reuse metals to manufacture new components and therefore combat pollution from electronic waste.

The Biometallum project needs more old mobiles to complete the investigation.Therefore, join us and help us reinvent the recovery of these metals!

Take your old phone back!